Cross County Bank exists for the enrichment of our customers, shareholders, employees, and the communities we serve.

The roots of Cross County Bank actually began back in 1891 in Wynne, Arkansas. A group of the area's most influential businessmen gathered together daily at the old Commercial Hotel to discuss the day's events. It was here that these men, sitting together in a small room filled with cigar and cigarette smoke, discussed the need for a bank in their small town. At that time, Wynne only had a population of one thousand people.

It was under the leadership of Issac Block, a planter who owned a large amount of valuable land just outside Wynne, that this discussion amongst businessmen was transformed into an actionable plan to create a bank. In May of 1891, he persuaded 31 individuals to commit to investing $30,000, and made an application to the State of Arkansas to charter Cross County Bank. The application was promptly approved and the charter (#25) was granted on June 5, 1891. This was indeed a historic event as it was only the second bank to be established in all of Eastern Arkansas.

After receiving their charter, the men purchased some land and began construction of what would become the first Cross County Bank. The $5,042.63 price tag of the original bank building, located at the corner of Front and Union, was expensive for 1891. It was a tremendous investment, especially considering that the bank only profited $156.57 in its first year of business. This miniscule figure may seem like it may have been quite demoralizing, however it was not long before the need for a bank in that area became clearly evident. In its second year, Cross County Bank went from under $200 to $52,666! And the rest, as they say, is history. Cross County Bank continued to grow over the years and eventually even expanded into the Jonesboro area with the creation of a new branch, First Commercial Bank.

Today, we carry forth the dreams of our founders and we're proud to say we are a part of a vision that has lasted for over a century! We believe that the strength and stability of Cross County Bank are due to the commitment made by a group of determined businessmen over 125 years ago; to meet the financial needs of their community. As we move forward, we are determined to give our customers only the highest quality service and to carry on the tradition of strength and stability that began back in 1891. 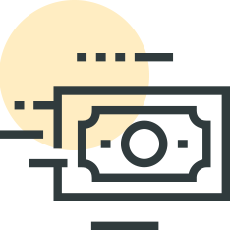 Get Paid to Spend